(Some) Art Projects Begin with Talking

After a long and hot Thursday afternoon, my brother, Matt, and I rinsed off, climbed into our old red 90s Explorer, and drove on down to the PJ's here in El Dorado. Along the way, we couldn't help but poke some fun at the spokesman on one of the Gospel radio stations.

Such a nice, warm thing to think about as I went on down the empty sidewalk.

Not long after, in came our good friend, Kelsey. It was around 7:42. Somehow, that sun out there from all the rectangular winders kept up a-shinin'! 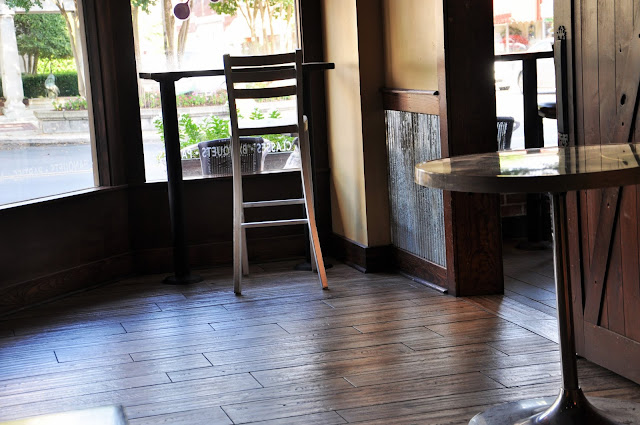 We soon got introduced to her new project. Horror, to be exact. Makeup, modelin', usin' good cameras like the ones you'd see in paparrazi's hands. Matt an' me both were already on board!

"I wanna go see the new Unfriended movie," she mentioned.

That following Monday, she and I rendezvoused over at Goodwill, where our rambly rundown began. 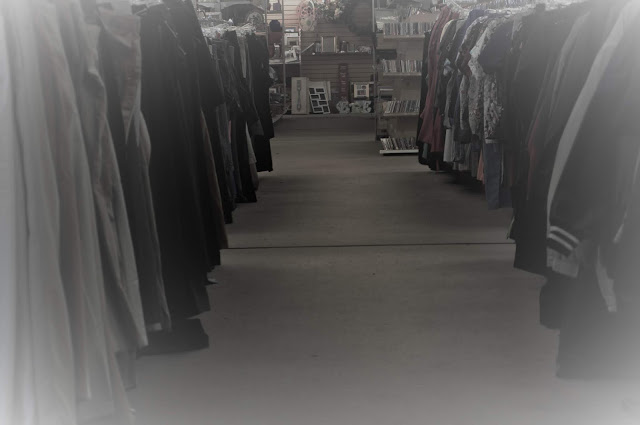 I still recalled all the times I spent as a young kid, runnin' up an' down this aisle, wandering left an' right, over towards those slanted bookshelves full to the ends with donated Bibles and so many different kinds of "For Dummies" books.
Sometimes I wondered, with the "For Dummies",
was the previous owner too smart... or too dumb? 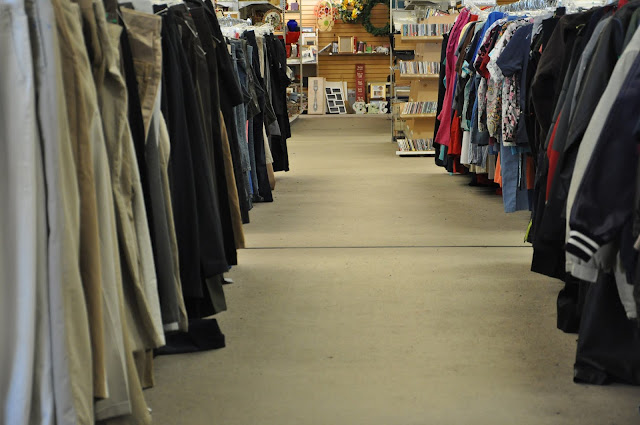 Honestly, their inventory seems the only thing that's changed since then. Same ole stale smell, same kinda folks who walk in, most of 'em keepin' to themselves. 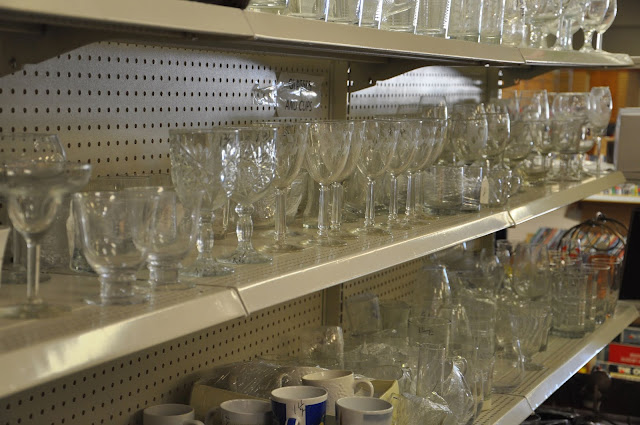 At least all their glasses'd remind ya of an art exhibit! Kelsey an' I both in our heads knew we couldn't afford all that and have meaning for 'em at the same time! 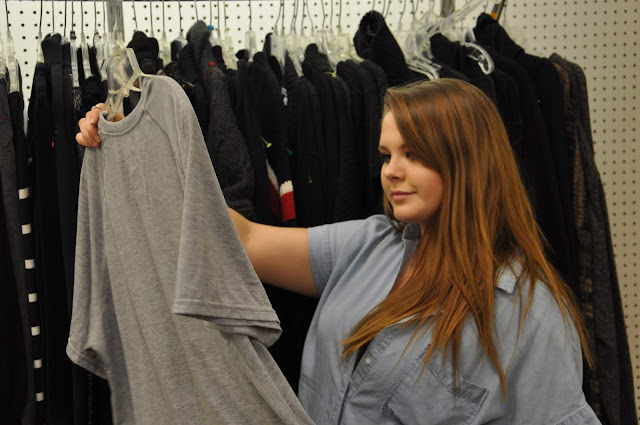 One week later, my other good friend, James, had returned to our small, standoffish little town. Durin' this time, he an' I along with Kelsey an' Matt all grouped up on a rainy mornin' out at the local La Villa. Everyone but me was hungry.

Nothin' like flouride complaints an' a mispronunciation of "chimichanga" to start this day off.

Now as August rears its head around the corner -- after just half a month's time -- I can hardly believe Fall's already comin' up.

High-schoolers... college kids -- I can feel ya on how it feels pickin' up those textbooks again.

Buyin' all those rulers, pencils, protractors, erasers an' markers, and racing down a few days before the first day of school to Walmart, Aéropostale, Foot Locker (or wherever else you go), and grabbin' Nikes, earrings, Cardi B t-shirts, and skinny jeans so you'll be both ready and fashionable. 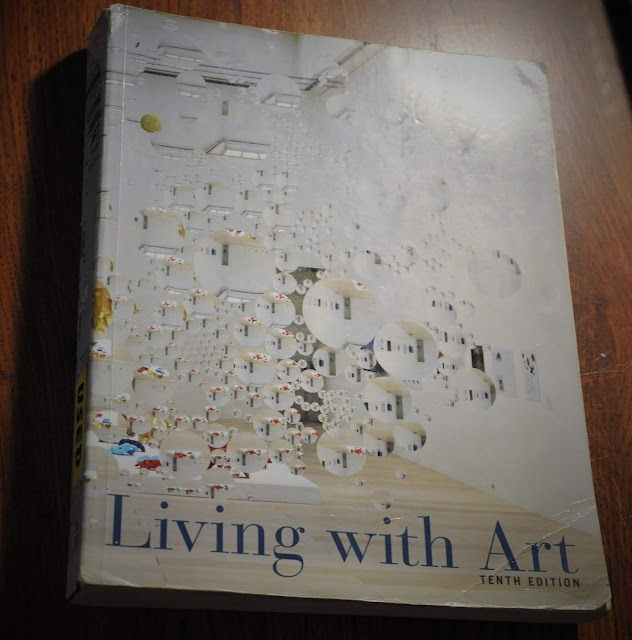 For me, this is just one of my old ordinary textbooks.

it probably is the bane of your existence.

But there's something important that you have to keep remembering.
Always. 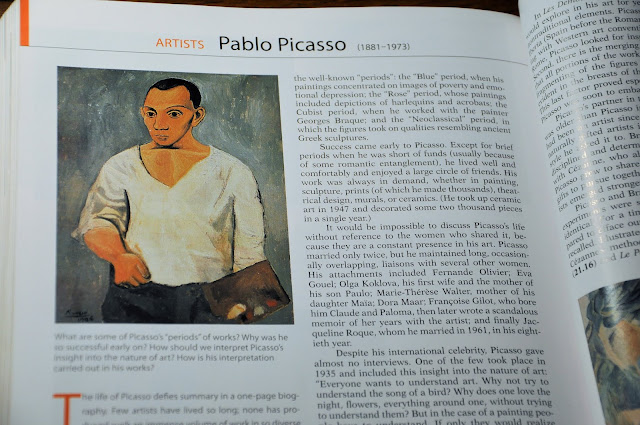 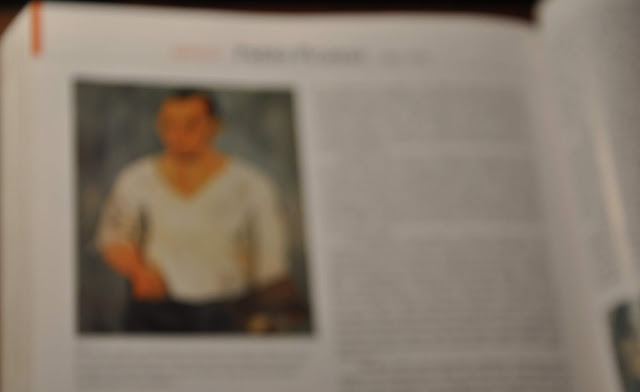 Unless you're that one kid in class who always reads through your book... always pays full attention... or just has that amazingly photographic memory... chapters and their pictures are gonna feel blurry over time.
It's just a fact of life,
for most people our ages.

When you think of something to draw, paint, sculpt, or whatever, does it normally "just come" to you?

I mean, faster than you can type "omg" on your phone.

We soon got introduced
to her new project.

Kelsey had specifically told Matt an' I,
"The idea, it just came to me!"

The first time we'd gone to the coffee place and heard about it.

Whether you're a businesslike person (like these guys), or just an everyday student in school who wants to pass and move on from your class,
but still likes to make art
-- the formula's the same.

Some art projects begin with
Talking. 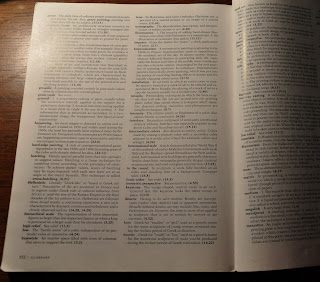 didn't really spend their lives trying to look up
Mezzotint
Hypostyle
Mandala
an' so on, so forth.

Their careers went forward because they talked with a friend or two, a parent, or anyone else they could seriously trust. 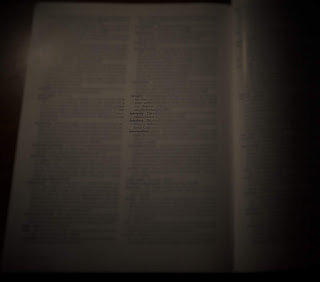 And it probably was never about this.

Do you feel this tired right now at your desk?

Because while Matt, Kelsey, James and me were discussing what cameras to use, what theme this new project will have, and who all to get to participate... I've been surrounding myself with 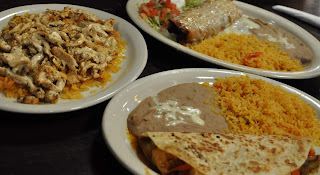 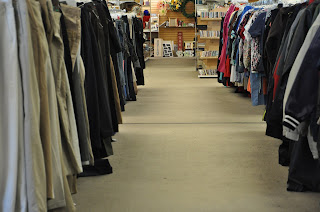 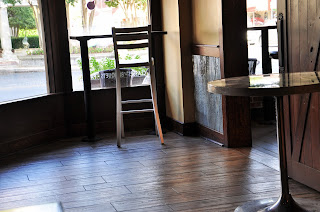 Or If You're Just Bored This Summer...

Making art is not JUST about taking classes and passing grades! You need meaningful relationships, too. I encourage you, especially if you're still in high school -- today -- to reach out to someone.

Do you have any old friend? Was there (or is there) a certain someone in homeroom that just can't seem to leave you alone, but you've wondered about hangin' out? Are you textin' your best friend all the time but just sorta "chillin'" over the phone?

Reach out. Think about it today.
Mention it outta the blue.

Also, Our Project is Still Underway!

Things to Look Forward with Us Are:

- A Collection of Character Bios -
(Featuring "Kurt Miller", an Assassinated Republican Congressman from Texas,
and the Disease-Stricken "Charlotte Thompson" from Arkansas!)
- Death Pictures -
(Horror Fans -- You're All Gonna Love It!)
(and)
- Some Scenery Shots Inside the El Dorado Area -