Before You Hang Out, Watch Out for 5 Red Flags Like These

An old friend of mine recently came down to town.

And, my, his latest story caught me by surprise. 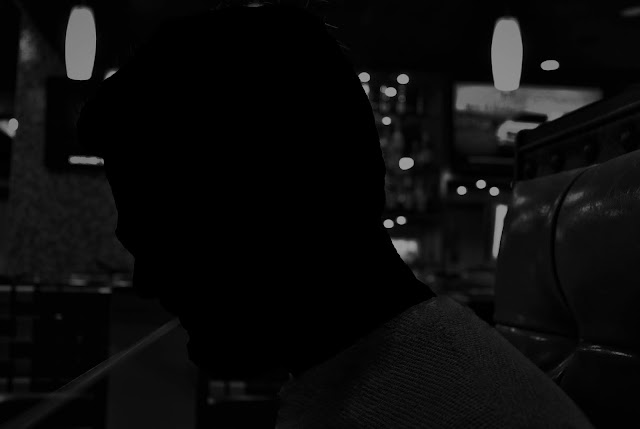 [Before we sat down to talk, he asked me to hide his face.]

Devin's a good man. Known him for years. But, goodness gracious, did he wind up in trouble (or at least he could've). A shady "friend", late-night hours, and to top it all off... grand "theft-ish" auto.

Turns out, I'd realized my poor fella, though, could've avoided it all. If only he'd seen those practical railroad lights called red flags before he went and hung out with that so-called friend.

And, May You Ask, Just What Were
Those Red Flags He Ended Up Missin'?


"I was up late one night until 2 in the morning."

"When I got a message on Facebook from a mutual acquaintance of mine whose name was Dean."

"Now I've hung out with Dean a few times. Dean was pretty 'out there'... but so were my friends that introduced me to him."

Dean: hey man
Me: What's up bro?
Dean: nm man. Wanna hang out?
Me: Yeah dude, we should totally hang out
Dean: i gotta ride bro, tell me where u at and I'll come get u.
Me: Oh. You mean hang out rn?
Dean: duh

Right off the bat, Dean, who hadn't even been called a friend yet, asked to hang out at a time when most folks should be in bed asleepin'. (Unless you're like an overnight security guard.)

"Can I trust to go out with
a mutual acquaintance
or a friend
at 2 in the morning?"

YOU should also ask yourself,

The point bein' that a mutual acquaintance... is very different from an actual someone you can call friend.
(We can trust more with them.)

"I had to hesitate on this."

"It was also just out of my comfort zone to hang out with Dean at 2 in the morning."

Out of Your Comfort Zone

I feel sorta like this second flag is a reinforcement of the first.

When under extreme stress... the human predisposition is a "fight-or-flight" response.

(Same idea, just on a much lower frequency of struggle.)

Are you gonna align yourself to the situation... or will you decline participation altogether?

Devin decided to align. He mentioned, understandably, that, "I didn't always have people hitting me up to hang out."

"I went outside and walked over to this college about 5 minutes from where I live. I waited for about 10-15 minutes...

when a bus pulled up into the parking lot."

Devin'd said durin' the interview that he would've more than likely woken up his parents if he'd left his house.

Though I ain't sure which is scarier: whether or not he DID wake 'em up... or the fact that this "mutual acquaintance" of his literally just Magic School Bus'd it into a college's parkin' lot in the dead of night, and is sure enough gonna make the wheels on that bus go round and round, round and round as if everything's all just fine an' dandy! Y'know, because a car's overrated?

"Why's my friend, acquaintance, etc. pullin' up in a freakin' BUS?"

"Who all else is on that thing?"

"I watched as Dean hopped out of the bus and walked over to talk to him."

By this point, I'm thinkin' this is like something you'd see happen in The Golden Girls... or Full House... or, heck, just Calion.

Said he ignored him. Was lookin' all around the bus, as if he'd hit something.


"I don't think much of it. I get in the bus with Dean. Never once thinking it might be weird..."

"We drive a little ways when I see in the mirror that there are two people sitting off in the very back. A black kid no older than 19 and a white girl beside him. Both of them were just sitting there perfectly still."

Now there's strangers on there?!

This is actually one of the few instances where I'd be callin' it a "stranger danger" situation.

And while it wouldn't be an excuse to start panickin', I'd be wonderin' several things.

"Why are THEY here?"

You have to stop for a moment an' consider just who you're ridin' with. If you don't even know someone taggin' along, especially without a friend's (or, in this case, a mutual acquaintance's) introduction or summary before initial contact, then you're gonna find your trust level with somebody lower a tad -- even if you don't feel as though anything's different.
(And trust is EVERYTHING.)

"I called back to the two in the back and said 'Hey! What's up guys?' They smiled awkwardly back. I think the girl might've waved back and said hey, but they guy barely moved a muscle."

and Dean looked over to me."

"So I gotta tell you something man. Just don't freak out..."

This is the classic example of a betrayal statement, as I'd like to call it.

Ya know, a statement where its message makes most listeners do the exact opposite of what they're supposed to do?
(A betrayal consequence.)

Saying that you "gotta tell somethin'" but to "don't freak out" to somebody is a oftentimes a self-fulfilling prophecy!

It's present in everyday situations.

You see, we human bein's are a-wonderous folk! (The teachers in your school who try to "stop gossiping" are some futile hypocrites.)
(EVERYONE does it. Pretty much natural to our biosocial programming.)

And so what naturally happens?

Feelings of Uncertainty
(In other words, the beginning of freaking out.)

"I started to figure he was going to tell me he was high. Nothing too abnormal."

"I kind of stole this bus."

So What Happened to Them All?

"In a matter of about 15 minutes I had found myself in a stolen bus with a guy who was high. No clue as to where I was headed in the middle of the night."

the white girl... well, let's just say, was able to get some tasty African treats from that black boy,

Dean got the bus stuck in some parkin' lot,

and a policeman just so happened to pull up in front of 'em, spotlights for days.

"...I walked till I found the nearest road
and walked about 6 miles home.

As the sun was just starting to come up I
laid in bed and fell asleep."

"Don't know what happened to all of them,
but as far as I know Dean is
miraculously doing just fine."

Posted by Micah Johnson Diamond Extra at 5:00 AM